Unfortunately for some reason there is no easy hook or filter in this case. Very strange for WordPress.

But luckily there are two things available

So here is what I did, use option one to add a custom class, which is actually a place holder which I would replace later. Like this

Now whenever the user checks the remove padding and border option,

I could have done this directly skipping the first step of adding a placeholder and directly using a regular expression on $args['before_widget'], but did not for the following reasons.

Complete implementation of this can be found on git 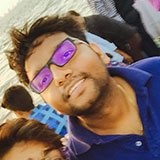 Hey, I’m a full stack web developer from the beautiful Coastal Andhra, currently living in Hyderabad and working on building my own company SwiftThemes.Com. A company that primarily offers WordPress related products and services.
I work(ed) on WordPress, DJango, Meteor, Ionic, AngularJS, Angular2, ReactJS.
I speak English, Hindi and Telugu to humans and Python, PHP, JS, Bash to Geeks and Machines.

Reliance Jio Infocom, In my 2.5 years at Jio, Architected and developed the backend and handled the devops for JioGame store backend serving 10 million users.
led the front-end team of 6 developing the management console for the public cloud.

NYBR, A location based hyper local social network to give you a break from monotonous life and help you connect with your neighbours.